Maria Lenz-Guttenberg lived on Brioni from 1907 – 1938 as the wife and assistant of the spa physician Otto Lenz. After her marriage, she was not only a contemporary witness, but also an active participant in the great social change and later in the heyday of Brioni. She worked in her husband’s surgery and had direct contact with the patients, but at the same time lived in a small, isolated environment.

Her social rank as the “doctor´s wife” gave her access everywhere, she dined in the hotel every day and got to know many celebrities of that time who spent several months on the island. Her home, the pretty boathouse right next to the hotels, was a popular meeting place where one could always get advice and help; she led an active social life, as part of her duties. After the birth of her son Gerhard on 11 February 1908, it was not easy to fulfil her many engagements and to keep all her obligations. Although Maria Lenz had consciously given up her musical career, her love for music and singing never died. It turned out that her departure to the small island world had not meant her final farewell to music, she often sang in front of exquisite audience and enjoyed various musical performances as well as professional talks. The former music student would have never guessed that one day she would meet many famous musicians of her time, and even sing with some of them. She associated with the “king of all baritones”, Josip Kašman, the famous German soprano Lilli Lehmann, the pianist, conductor and composer Eugen d’Albert, the violin virtuoso Bronislaw Huberman, the Polish tenor Jan Kiepura, the composer Oskar Nedbal and many others. She also met Richard Strauss and J. B. Shaw, the former music critic and later famous playwright and Nobel Prize winner. From time to time she also had the opportunity to show on various occasions that she was not only the wife and assistant of the island spa physician. In 1912 – as reported by the island newspaper – she gave two very successful public performances. In April of the same year the violinist Felix Lenz, her husband’s brother, gave two enthusiastically cheered concerts on Brioni, and after the second concert a surprise awaited the visitors. Mrs. Lenz sang “with a beautiful, delicate soprano voice” some songs by Mozart as well as the aria “Mi chiamano Mimi” from Puccini’s opera “La Bohème“. She “showed a remarkable talent” and the audience, “pleasantly surprised by the encore and delighted by the charming interpretation, applauded for a whole minute”. At the end of August of the same year, she performed together with the cellist Elisabeth Bokmayer and the quartet Bauer at a charity concert for prisoners. She sang three songs by Hugo Wolf (“Heute Nacht”, “Der Gärtner”, “Wiegenlied im Sommer”) and the song “Niemand hat’s gesehen” by Carl Löwe. The music critic of the island newspaper praised her repertoire, “which shows … of exquisite artistic taste … when she sang Hugo Wolf’s gentle songs, which do not tolerate fast effects, she showed her own modesty, and the connoisseurs could immediately notice the inner sympathy and lyrical conviction with which she designed her performance, especially at a time when virtuosity is often emphasized by the use of effects …”. He further added that “Mrs. Lenz is unknown to the broader public because of her obligations as a wife and mother, but as an artist she awakens the true beauty that is in all of us”.

Eight years after Maria Lenz had to leave the beloved island, she wrote her memoirs “Paradise Lost” (“Izgubljeni raj”) in her new home-town Opatija. In her reminiscences, she describes all facets of everyday life – as a witness of the modest beginnings, the glorious rise with the heyday around 1912/13, the Italian era after the First World War and the beginning of the decay in the 1930s.

“Years ago, my husband and I decided to collect our memories in a little book, looking back on our lives on the island of Brioni. We thought at that time that such notes might perhaps be of some interest to those who had visited and loved the island, as well as to all our contemporaries whose lives were affected by the same events that stirred the emotions at that time. After all, many of them, whether historical, artistic or social, had a connection with Brioni. Today, after the terrible events that left our world so badly wounded, we ask ourselves if anyone will still have the time and the desire to turn back his thoughts in order to be told how this beautiful island came to life after centuries of wilderness, how it prospered, and all the stories that happened there, and how it fell victim to destruction, so that all the magic is now gone for good. In our memory, however, everything is unforgotten, and so I will try to put on paper what we have experienced there in more than three decades.”
Maria Lenz-Guttenberg, Opatija 1946

The German texts are put at the disposal for publication on this website by kind permission of Simona Goldstein/Antibarbarus. 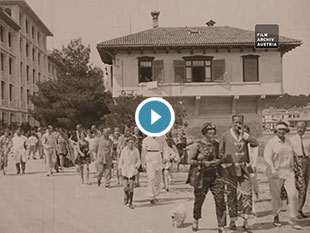 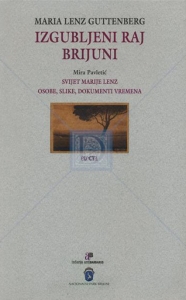 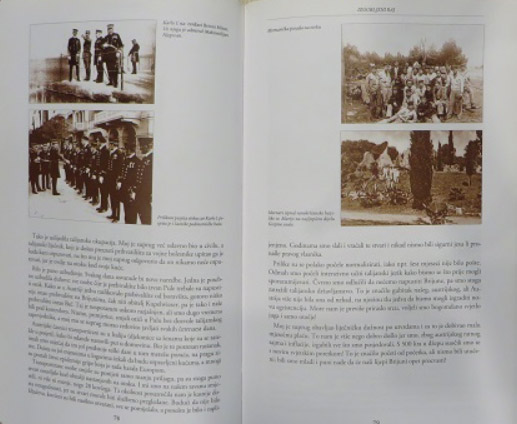 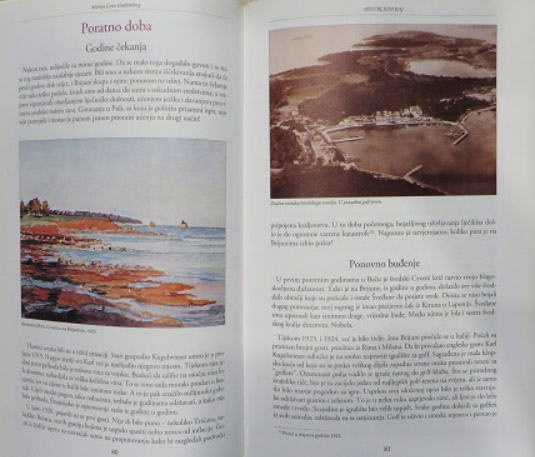