Although Adolf Ignaz can justifiably be called the progenitor of the family, in a certain sense Georg I Heinrich, his sixth child and third son, is also entitled to this award. He occupies a very special place in the history of the family, as the founder of a “secondary line” to which it is due that the entrepreneurial history of the Mautner Markhof family reached a nationally and in some cases even internationally significant dimension into the 21st century. Even the legendary sideboards of Adolf Ignaz (a sign of his admiration for Emperor Franz Joseph I) only continued in his lineage of the descendants (son Theodor I and grandson Manfred I).

Born in Smiřice shortly before the family moved to Vienna, he spent his childhood in St. Marx. As a boarding pupil of the Melk Abbey’s grammar school, he was so unhappy that he ran away and completed the rest of his schooling in Dresden. Due to carelessness, he also contracted severe knee inflammation, which he had to struggle with all his life from then on. The famous physician Johann Ritter von Oppolzer, father of one of his brothers-in-law, could barely prevent the foot from becoming stiff.

After a period of practical training in Trieste, he took over the malting and small brewery in Göding, where he was economically very successful, like Adolf Ignaz, by implementing more rational production methods. In 1860, he became the sole authorized signatory in all of his father’s businesses, and a year later he was in charge of the newly acquired yeast factory and malt house in Simmering, where he was the first to move into an apartment on the first floor of the Rosenhof.

In 1864, he married the daughter of a Gumpendorfer manufacturer, and ran both his company and his own businesses. In the same year, he moved to the premises of the yeast and spirit factory newly built in Floridsdorf, Prager Straße 20. The capital for the construction was advanced him by his sisters Theresia and Eleonora with 100,000 guilders each. Since the capacity limits had been reached in St. Marx and Simmering, Floridsdorf was supposed to deliver a quarter of Mautner’s total pressed yeast production exclusively to St. Marx; with an excess of 50 kg for personal needs. From around 100 kilograms of raw materials (barley malt, grain and maize), 10 kg of yeast and 30 litres of alcohol were initially produced. However, the business quickly gained momentum, as Georg Heinrich succeeded in revolutionizing compressed yeast production by using maize instead of rye. It was also soon possible to increase the yield by using small amounts of buckwheat and blowing air into the fermenting mash.

In 1872, he bought a mill. It was in operation 7 days a week and was run in two shifts (6:00 a.m. – 6:00 p.m. and 6:00 p.m. – 6:00 a.m.). However, it fell victim to a fire in 1881 and was not rebuilt. Georg Heinrich`s brewery was built in its place eleven years later. Also in 1872 he acquired the property at Prager Straße 18 and expanded the business together with his brother-in-law Otto Freiherr von Waechter, to include a malt factory, which operated under the name “Waechter & Mautner” and was soon to become one of the largest in the Austro-Hungarian monarchy. It processed 1,500 wagons of barley a year and, in addition to the Ottakringer, mainly supplied the large Munich breweries. In 1890 it was sold to his brother Carl Ferdinand. From this time on, the malt house with ninety workers worked exclusively for the St. Marx Brewery, as new customs regulations made business increasingly difficult.

In 1884 he acquired the Leopoldsdorf estate from the Baroness of Sina with a small brewery, which already had been mentioned for the first time in 1602, and immediately began brewing his “Georg´s beer”. Five years later he sold it on to the Waechter family. Adolf Ignaz had not only not intended Georg I for the brewery business, he had even forbidden him to operate a competing company on payment of a high contractual penalty to his brother Carl Ferdinand (approximately worth 2.5 million Euros) to prevent rivalry. Nevertheless, in 1892, after the death of his father, and, of course, against payment of the agreed sum, he decided to invest the sales proceeds at the Floridsdorf site in the founding of his own beer production, which he named “Brauerei zum Sankt Georg“. In February 1893 the plant went into operation at the former location of the mill.

The bottom-fermented St. Georg´s strong light beer enjoyed an excellent national and international reputation, which was partly due to the fact that Georg I aligned his quality requirements to those of Pilsner beer and the company had the most modern brewing technology at that time. His sons Theodor I and Georg II inherited the brewery after their father and took over the branch in Simmering. The brothers – later supported by their sons Gerhard, Manfred I, Georg III and Gustav I – managed to regain the industrial areas that had once been given out of hand by Victor.

Georg I had been married to Charlotte Biehler (1845 – 1905) since 1864 and had seven children. He himself lived with his son Theodor and his family in the manor house he had built on the brewery site, Prager Straße 20. The villa had a mezzanine floor, one floor and a covered entrance so that the car could be reached with dry feet. In the garden, there was a chicken yard, a bowling alley and a tennis court until the 1930s. In 1900 Georg I Heinrich had the house complex known as Mautner Schlössl built for his son Georg II Anton in a kind of secessionist style. From 1901 to 1944 it served as a residence for his family, today it houses the district museum.

Despite his outstanding position, not too much personal information about Georg Heinrich has survived. What is certain is the fact that he – like many Mautners of the earlier generations – was a very dear but confident patriarch, who, however, was also extremely reluctant to be contradicted. Despite his dominant demeanour, he was loved by his four sons, three daughters, and most family members. For example, his daughter-in-law Emy, until her own death, made sure every May 15, that his grave was decorated with a wreath. Those who remember their father-in-law in such a loving way 70 years later must have appreciated him wholeheartedly. Like his father, he also had a great reputation among the population. Like Adolf Ignaz before him, he not only looked after his customers with the greatest care, but also looked after his employees and workers and the social problems of his time with just as great social understanding. He generously subsidized children’s homes and, together with his wife Charlotte he continued Adolf Ignaz´s foundations for orphans. For example, in December 1897 he had 60 children fed daily at his own expense and between 1897 and 1900, 600 to 1000 poor school children were given a daily warm lunch on his initiative – he was chairman of the local school council and a member of the district school council. At Christmas, the children of his workers were given presents, new clothes and sweets in his manor house. Whenever he took the tram, which opened in 1912, he always paid the fare of 20 heller with 1 crown. This tip was enough for a family meal. Furthermore, he secured long-term employees with a pension. The communities of Großjedlersdorf (on January 8, 1889) and Baden appointed him an honorary citizen because of his merits.

By and for the descendants of Georg Heinrich & Charlotte Biehler 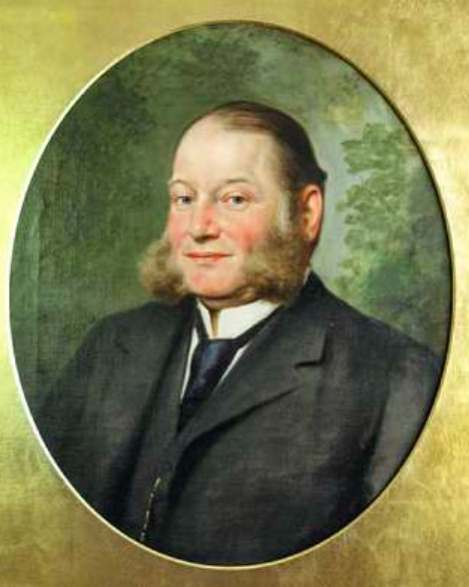 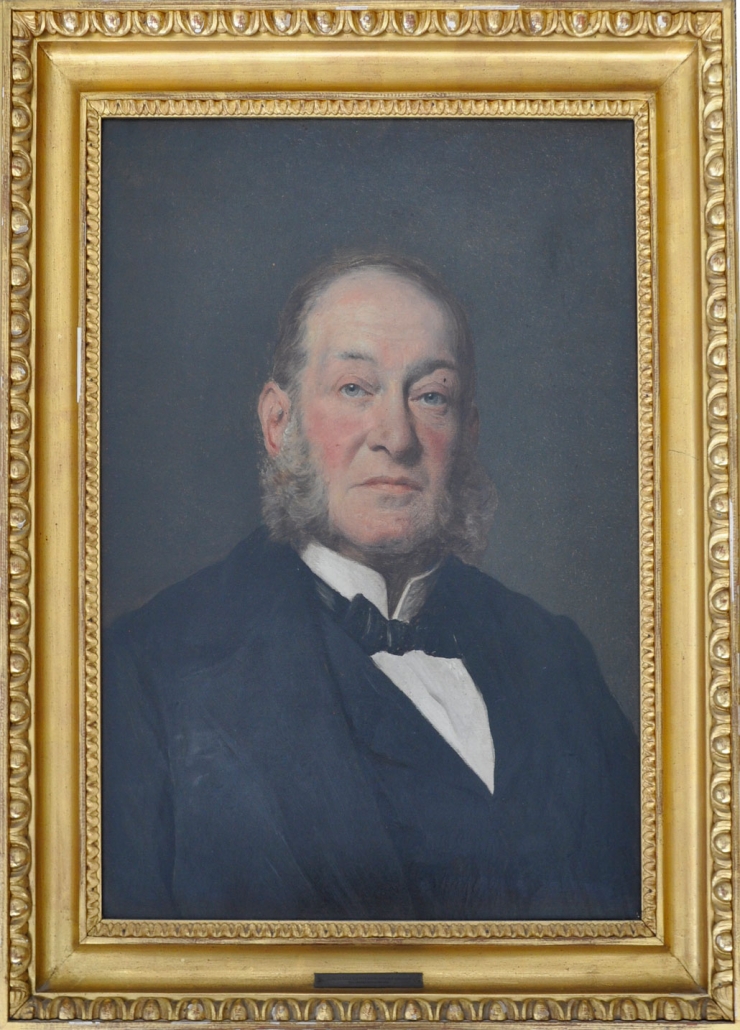