George II Anton was the son of Georg I. Heinrich Mautner von Markhof (1840 – 1904) and Charlotte, née Biehler (1845 – 1905). He grew up with his older brother Theodor I and other five siblings in Floridsdorf, then a town right outside of Vienna. On July 24, 1900, he married his niece Emilie “Emy” von Reininghaus (1881 – 1974) in Graz and moved with her into the Mautner Schlössl (Mautner Villa), a large family compound on Prager Strasse 33, which Georg I Heinrich had built in 1900 for his second oldest son. It remained the family’s residence until 1944, and today it houses the District Museum of Floridsdorf, which has since been integrated into Vienna as its 21st district. Georg II lived to be only 59 years old. His widow had outlived him by 41 years. She died at the age of 93 on her estate in Gaaden in Lower Austria.

When Johann Peter von Reininghaus died in 1901, his wife Therese transformed the company into the Brüder Reininghaus Aktien-Gesellschaft für Brauerei und Spiritus-Industrie and appointed Georg II Anton to its board of directors. After the death of his father, Georg II Anton and his brother Theodor I took over the company’s operations. In 1913, after Carl Ferdinand’s son Victor had merged St. Marx with Dreher and Meichl to form the Vereinigte Brauereien Schwechat, St. Marx, Simmering – Dreher, Mautner, Meichl Aktiengesellschaft, Theodor and Georg Anton acquired its yeast and spirit production subsidiary in St. Marx, which included the branch in Simmering. The brothers thus succeeded in preserving the life’s work of Adolf Ignaz Mautner Markhof. The company was divided into two firms: Vereinigte Mautner’sche Presßhefe Fabriken Ges.m.b.H. (yeast and spirit production and the production facilities in St. Marx and Floridsdorf – which were later taken over and closed) and Th & G Mautner Ritter von Markhof (vinegar and spirits production). George II Anton also managed the brewery “Zum St. Georg” and was vice-president of the Schwechat brewery. In 1926 – 1927 he was president of the Brewers’ Association for Vienna and the surrounding area. In 1916 he was made an honorary citizen of Baden, a town outside of Vienna.

George II Anton was an industrialist, economic pioneer and philanthropist. Through his diligence and innovation, he preserved the family enterprises through World War I. He was known for his upright and correct manner. He was strict and kind at the same time. He was patriarch.

His son, Georg III Buwa, passed down the following stories:
In the period after World War I, the companies were in a precarious situation. Georg II ordered profound austerity measures, which also affected the family’s private sphere. These included the policy that only two room of the large villa in Floridsdorf – the living room and the dining room – were allowed to be heated. The rest of the house was left to freeze, and the family members froze miserably. Even his children could not understand this measure. The house was heated by countless tile stoves, and wood was available in abundance. In addition, there was a rather large park, which also served as a source of wood. Georg III rebelled and asked his father what was the point of not heating the house, since no discernible savings could be made by doing so. Georg II listened to the objection and then said, “I know that too, but at least this way you can see how serious I am about saving.” Things continued to stay cold.

Another story is about the lawsuit against the Simmering corporation. An inventor claimed that the Simmering company had illegally used his patents, whether intentionally or unintentionally. Georg II won the court case in all instances. Even the last instance threw out the claim against the Simmering corporation and held there was no merit to the case. However, when he read the issued verdict, Georg II began to have doubts. He finally came to the conclusion that the plaintiff was somehow right after all. He therefore decided to pay the entire amount of the claim to the plaintiff without being legally obliged to do so. A case that remains unique in Austria’s legal history.

The local Floridsdorf Journal also honored the social commitment in an article “Mautner Markhof for the poor” which was published on December 24, 1925:
Mautner Markhof for the poor: Our old-established company Mautner Markhof, known and highly esteemed far beyond the borders of Austria, which never misses an opportunity to dry the tears of the poor, has again increased the endowment capital for the Adolf Ignaz and Julie Marceline Mautner Markhof’schen Foundation for Widows and Orphans. The endowment capital now amounts to 30 300 shillings, of which orphans received a total of 4 480 shillings. The World War was a difficult time for the Mautner Markhof company, which suffered greatly. This house, which stood on solid ground, began to shake. Its staff, including the best indispensable workers, were drafted, leaving their loved ones behind. Misery rapidly spread throughout our Fatherland. There was neither enough money nor housing. Business activity sank to unprecedented low level. There was untold misery, concern and uncertainty. Great old enterprises collapsed, never to come to life again. Yet some withstood this world disaster. And among them – we say it with great pride and joy – was our Mautner Markhof. His brewery “Zum St. Georg” had to brew “thin beer” under difficult conditions of barley, malt and even beet. Nevertheless, the chiefs of the company took care of their workers’ families as long as it was possible. – The time of the first wage increases came. The struggle began. Mautner Markhof was in the middle of it and – who could complain that he was being wronged, that he could not “live” at St. George? From the last unskilled worker to the senior official, no one could complain. Admittedly, it was not a lavish or luxurious life, and one had to work for one’s daily bread, but it was a decent existence. The proof of this is the pleasant life of all those formerly employed in the brewery. It was not and is not like this everywhere. The self-perpetuating social institutions are the proof of this and show the heart and the always open hand extended to the poor – an inheritance of the fathers of the company. Thus, even today, in a time that is certainly not rosy, we live in a harmonious cooperation of entrepreneurs, employees and workers. Basically, nothing has changed at St. Georg’s on the Pragerstrasse. The company has remained the same as it was in times of peace. The unity, the will to live and work are back. However, the worries have also increased and so have certain demands on life. Those which are not absolutely necessary have been reduced. But mustard, the political climate, the Ministry of Finance and probably also Mr. Breitner are to blame for this. To continue manufacturing under the present conditions should be considered a commercial if not an actual art, which Mautner Markhof and its faithful followers have perfected. This is what the “Floridsdorfer Zeitung”, in the spirit of the grateful poor and oppressed, would be pleased to place under the Christmas tree today. 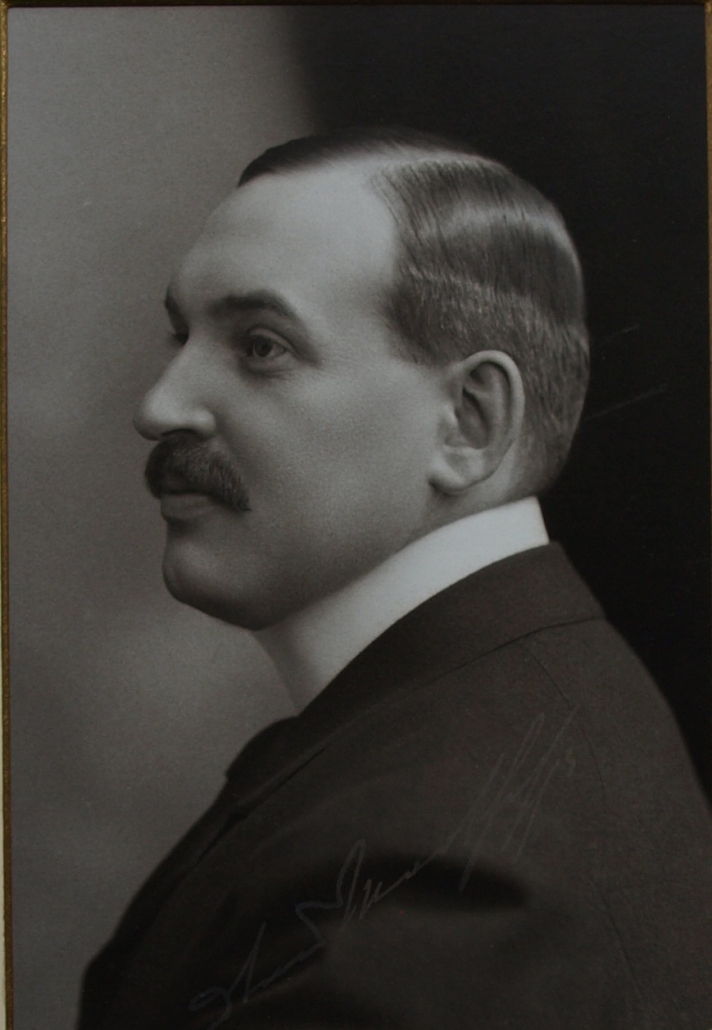 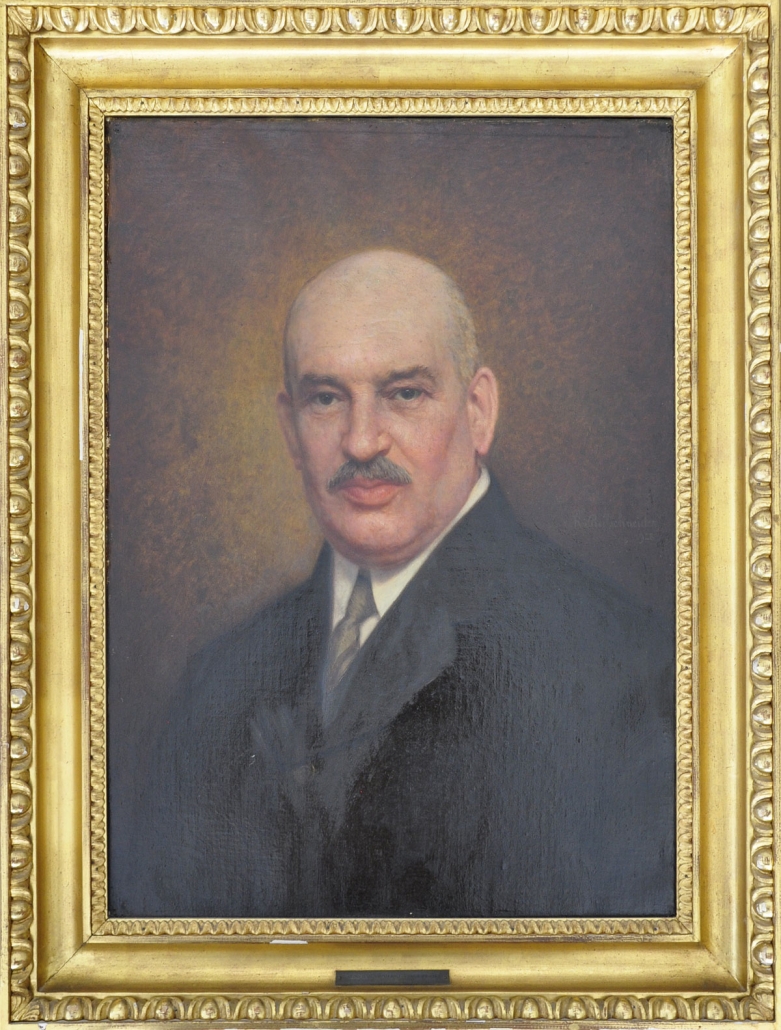