Manfred II. Mautner Markhof, also called “Professor” for short, was without a doubt one of, if not THE leading founder of the Austrian media and advertising landscape. At a time when the multinational agency networks with multiple name, identity and personnel changes, one thinks back with sadness of the decades successfully managed owner agency, which could concentrate with stability and continuity on making their customers even more successful.

It is therefore not surprising that even twenty years after Die Hager officially closed its gates at Seilerststätte 13 forever, this milestone of innovative Austrian entrepreneurship is still being paid tribute to. Alexander Schönburg, founder and owner of the lifestyle magazine Notorious, expresses his reminiscence in the first episode of his “Mad Man Stories”. 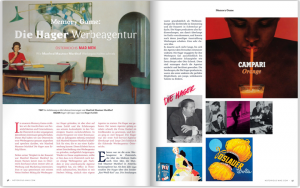 More about the Hager advertising agency: 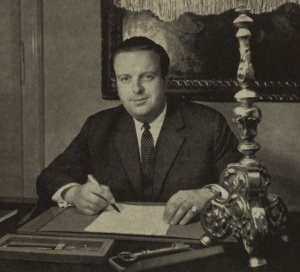 Hager door hanger still in use in the 2020s 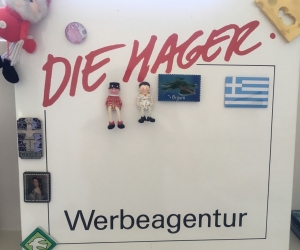 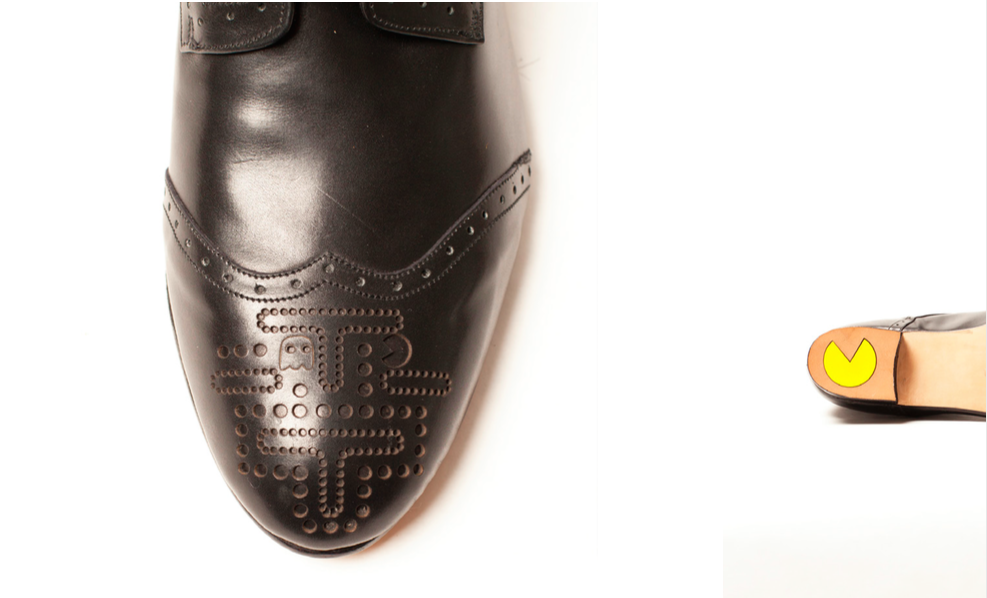 With Sophia Marie Castell-Rüdenhausen, daughter of Theodor Heinrich Mautner Markhof and granddaughter of Manfred II. Mautner Markhof, the creative potential of her father and grandfather will be continued in the next generation. After trainings and internships in Vienna, Florence, Munich, London and Madrid in the Fashion & Design sector, in 2018 she founded her company VIER with its headquarters in her new home Germany.

Sophia’s passion is shoe design, especially the men’s shoes, to which she also dedicated her launch collection. Their “Arcade Line” is not only a tribute to PAC- MAN™, the cult video game of the 80s, but also and above all a reinterpretation of the classic brogues. Each pair of VIER shoes is handcrafted in Portugal by a family company that has mastered the traditional craft of shoe making for generations and has perfected the Goodyear welt technique. Such welted shoes not only impress with their excellent manufacturing quality, but also with their special durability, stability of fit, high breathability and last but not least special ease of repair.

But Sophia’s shoes are not only characterized by excellent quality in production and materials, they have that certain something, the subtle twist that surprises. At first glance conservative, the “Arcade” reveals its small secrets in tiny details, which not only make the wearer happy but let him also feel a certain sense of independence and freedom in his professional uniform, the suit. The brand wants to meet the needs of men who are aware of their traditional role, have integrate into it and adapt to it, but have retained their independence and freedom inside.

Since George III Mautner Markhof always endeavored to set up companies abroad, he decided in 1937, at the end of the Italo-Ethiopian War, to acquire a dilapidated brewery in Addis Ababa. So the cousins ​​Georg III and Manfred I personally, as equal partners, took over the largest brewery in Africa, which was to be called San Giorgio in memory of Floridsdorf. Since this could only be done together with an Italian partner (it was decided in favor of a Roman lawyer) via a very complicated company structure, there were great difficulties starting and maintaining operations.

The brewery was in a sorry state. A desolate building with equally desolate machines awaited the new owners. In October 1937, machine foreman Weissenhofer from Schwechat was sent to Ethiopia with his son Wilhelm to carry out the necessary technical renovations. The equipment of the St. Georg Brewery, which had been closed, was used. The water quality was so miserable that it seemed downright impossible to brew a decent beer. Later it turned out that the African barley was also completely unsuitable, so that it had to be imported from Schwechat. Wilhelm Weissenhofer finally succeeded with three other Europeans and around twenty local workers to renovate the brewery and improve the water quality. From 1938 on it was possible to produce a decent beer, although the circumstances couldn’t have been more difficult. The language barrier was enormous, it was only with great effort that it was possible to communicate to the locals what was expected of them. The competition was considerable; foreign beer imports stormed the market.

In 1940 Gerhard Mautner Markhof came to see if everything was going well and Afredo Conte della Feld (married to Erika Hebra, a great-granddaughter of Adolf Ignaz) was appointed director. Just when the first successes were showing and Amedeo Duke of Aosta, Vicerory of Italian East Africa, had honored the brewery with his visit, the victorious English conquered the country in 1941, which in turn meant the end of the brewery. Emperor Haile Selassie returned to his country, declared the brewery confiscated on the spot and had it transferred to his wife immediately. George III and Manfred I had to convince the emperor after 1945 that the brewery was an Italian company, but indeed was entirely Austrian-owned and that Austria was not considered an enemy of the British. After numerous attempts at mediation and proceedings at international courts, which were very expensive for the Mautner Markhof family, Haile Selassie finally wanted to speak Georg III personally. This conversation between the god-like emperor and the “little” entrepreneur, who worked with Wiener Schmäh and tactical breaks in conversation, should not have lacked a certain bizarre. According to tradition, Georg III annoyed the very linguistic Haile Selassie furthermore with endless translations in three languages ​​and so he finally managed to convince him of his point of view. Manfred I and Georg III received compensation that, although not quite the amount requested, was at least satisfactory. At the same time Wilhelm Weissenhofer, who had been taken prisoner of war and had been interned since 1941, was allowed to return to Austria. Even today, a beer in Ethiopia reminds of the Mautner Markhof era.

Cervejaria Vienense – when the Schwechat brewery expanded to Brazil

After the war and his return to Austria George III continued to support the takeover policy of foreign breweries and has therefore also used his contacts in Brazil, where he had spent several years of war. With a share capital of 11 million Cruzeiros, he founded the Companhia Paulista de Cervejas, in which the Schwechat Brewery had held 55% of the voting shares.

He used the equipment of the Nussdorf brewery, which had been bought in 1950 thanks to an increase in the share capital. For the organization of the transport, all machines were cut into two halves, one half of which was transported via Hamburg and the other half via Trieste. This was done to ensure that the devices really arrived in South America and could not be set up anywhere near the Ural (George III was a chronic enemy of the Soviets). 8 million schillings and 62 railroad cars were required for this.

The undertaking was fortunate and the Brazilian “Vienense” was successful for a number of years. However, George III, was unable to inspire any other family member to join the “new home” permanently. The poor Brazilian economic situation of the following years and the devaluation of money almost caused the project however to fail, so that the “four-in-hand-management” (Georg III, Gustav, Gerhard, Manfred I) welcomed a new partner very much. So the Brazilian brewery group Cervejaria Brahma was taking over the large capital increase and started actively participating in the business management. Subsequently they could sell the entire stake to Cervejaria Brahma until 1959 and withdraw again successfully, as they claimed. It is said that with an investment volume of 9.5 million schillings, cash returns of 16 million schillings were ultimately made.

1954: Tasting of the first glass, the Radetzky March was played as signature music. Marius Mautner Markhof (left) and Georg III (right) with the Viennese master brewer Ing. Urban, who had fled to Brazil from the Russians. He had slapped a communist works council in the face and otherwise would have been “transferred” to a GULAG. 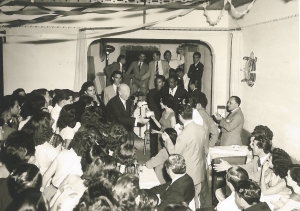