Following the family tradition Dr. Marcus Mautner Markhof takes over the long-established brewery in the “Hausruckviertel” from Gustav Harmer in 2013. Their trademark is the Pils, affectionately called “Zechbier”, the exceptional is the excellent yeast, that is bred in the company itself.

“The old but proven technique of brewing is suitable for us! We pay attention to quality when buying raw materials, only the high end quality of the ingredients is good enough, special types of malt, more expensive hops, because one tastes the difference for sure!” Brewing philosophy

The first records of the brewing guild in Grieskirchen date back to 1569, when beer was already produced there at four locations. Two of them were on the grounds of today’s company. The master brewers also farmed and supplied the population not only with beer but also with milk. In the former parish books the “Burgers and Bierpreus” (citizens and brewers) Michael Baumgartner and Wolfgang Schachenpauer are mentioned. In 1708 and in 1714, houses no. 19 and 21, today’s brewery buildings, were designated as brewing houses in the “Theresian Book of Values”. The two other breweries were located in today’s Schatzl Inn (until the end of the 17th century) or in the Zweimüller Inn (until 1868). In 1776 there was a violent dispute about beer in Grieskirchen, since the stately breweries of Parz and Tollet held the deliveries of the Grieskirchner innkeepers. By means of indictment at the provincial governing body, after all, the bourgeois breweries were finally able to obtain a delivery right, whereafter they had to pledge in return for it: “To provide the innkeepers with good beer and at the same time to avoid completely any complaints.”

At the beginning of the 19th century, the Grieskirchner brewery was the easternmost, Bavarian “Weissbier” brewery. The former boundary stone can still be admired today. In 1868, Count Friedrich Revertera bought the two breweries on the grounds and thus created the first Grieskirchner industrial enterprise. In 1908, 122 innkeepers acquired all objects of Graf Revertera and formed a brewery cooperative. In 1998, the Harmer family exchanged their Ottakringer shares with the Brau Union against the majority of Grieskirchen and in 2013 Marcus Mautner Markhof took over the company as the sole owner.

Always innovative, the Grieskirchner brewery was also the first brewery in Austria, which started with the Pils or dared to bottle Radler about 30 years ago. Thus diligence and love for beer, and the resulting excellent quality, are regularly rewarded with numerous awards: eg Best Pils in Austria / 2013 Falstaff 96 points, 3 x Culinarix in Gold / 2014 for Pils, Radler & Weisse dunkel, 2 x Gold DLG-Quality-Test 2017 for Pils & Märzen. 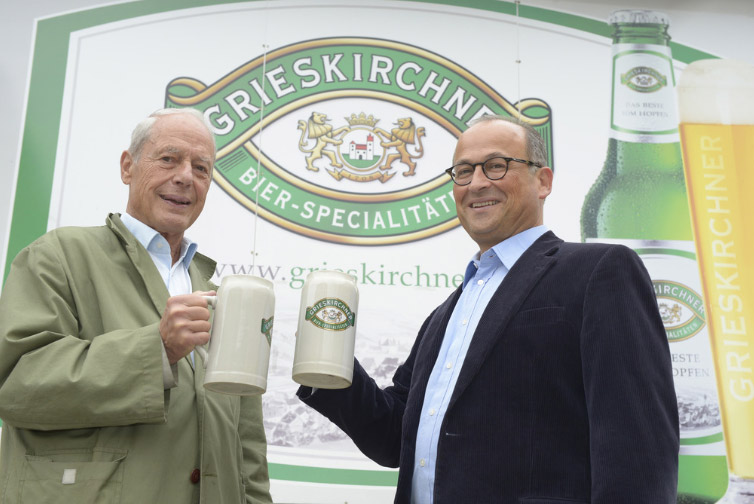 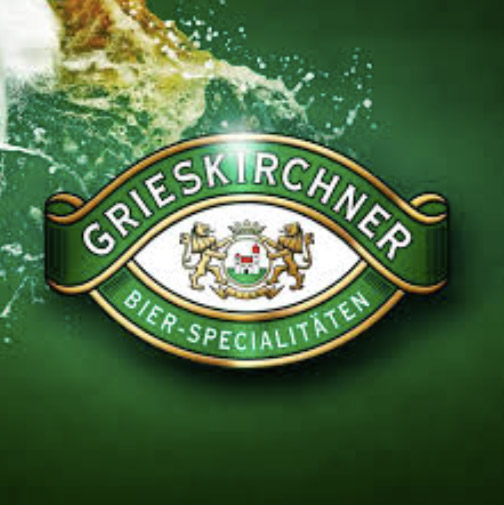 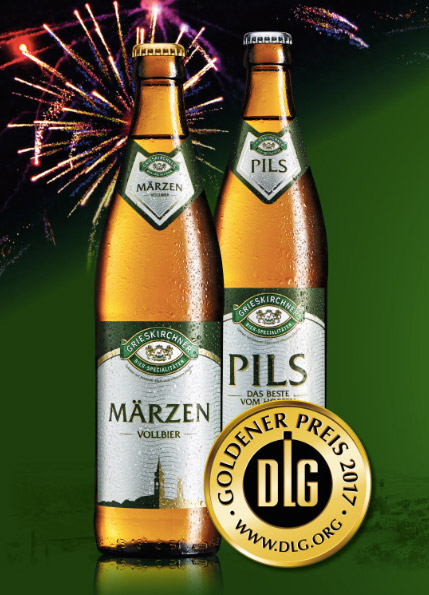 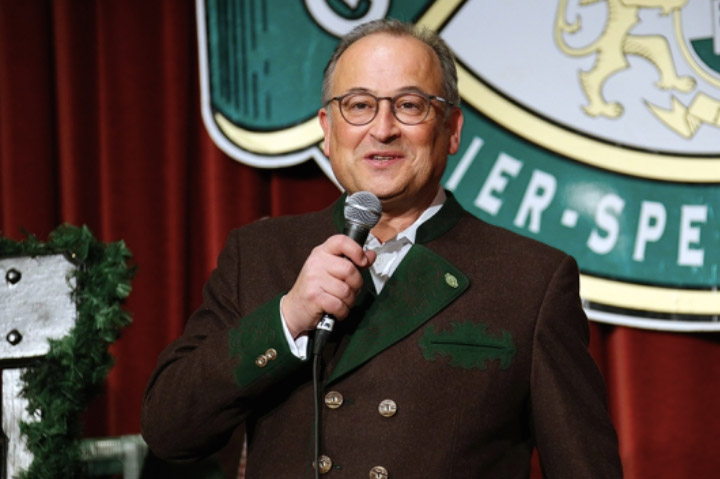