Coelestine, born as the ninth child of Adolf Ignaz and Julie Marcelline, married Dr. med. and Dr. phil. Theodor Egon Ritter von Oppolzer (1841 – 1886) on June 1, 1865, son of the famous physician Prof. Dr. Johann Ritter von Oppolzer (1808 – 1871), and his wife Maria, née Pleischl (1818 – 1864). At that time, Theodor had just finished his medical studies, which he had done for the sake of his parents. An anecdote tells that he properly treated the first patient who had come to his surgery with an ugly skin rash, demanded a guilder and immediately afterwards dismantled his attached doctor’s plaque on Alser Straße 25 – with the statement that he did not want to look at such horrible things for the rest of his life. So, he switched to astronomy.

As a pupil of the Piaristen Gymnasium in Vienna (1851-1859) Theodor was already considered unusually gifted in mathematics. Besides medicine he studied his favourite subject astronomy and habilitated one year after his doctorate at the University of Vienna as a private lecturer for astronomy without any subject-related doctorate or postdoctoral thesis. In 1868, at the age of 27, he had taken part in a study trip to observe a total solar eclipse. The result, whose arrival at that time could only be calculated at short notice, gave him the idea to calculate the temporal and local data of all solar and lunar eclipses over the largest possible period of time from precisely determined orbits of the sun and the moon.

In 1870 Theodor Oppolzer became an extraordinary professor and in 1875 a full professor of astronomy and geodesy. In 1872, the scientist was entrusted with the task of European grade measurement and in 1873 with the management of the Austrian Grade Measurement Office, after he had already become a member of the Austrian Academy of Sciences in 1869. Shortly before his early death in 1886, he was appointed President of the International Geodesic Society. In science, he achieved world fame in the course of his life among other things with his Canon of Eclipses (which appeared posthumously in 1887). He was awarded the title “Hofrat” (Councillor). In 1871, he received an honorary doctorate in natural sciences from the Dutch University of Leiden and in 1875 became a full professor of astronomy and higher geodesy at the University of Vienna after he had rejected an appointment to Gotha.

Coelestine and Theodor lived in the house Alser Straße 25, where their six children (Johann, Hildegard, Egon, Sylvia, Armin and Agathe) were born. There his father had a private observatory built for him, but in 1912 the old house had to give way to a new building. Theodor named three planetoids discovered by him after his wife (237 Coelestina) and his daughters Hilde and Agathe (153 Hilda, 228 Agathe). His son Egon von Oppolzer founded the Innsbruck observatory.

His funeral took place with great sympathy in the family crypt at the Vienna Central Cemetery. Coelestine had a tomb monument erected by the sculptor professor Victor Tilgner, which was destroyed by a bomb in 1945. Later the family erected a monument (also by Victor Tilgner) in the arcades of the University of Vienna for the bearers of the names Dr. Johann Ritter von Oppolzer and Dr. Theodor Ritter von Oppolzer.

By and for the descendants of Coelestine & Theodor von Oppolzer 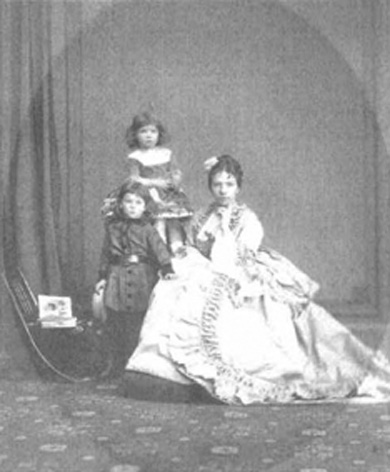 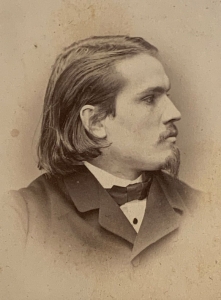 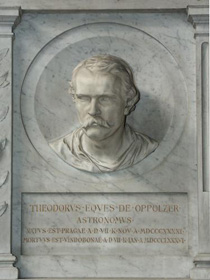