Dipl.-Ing. Gustav Mautner Markhof was the son of Georg II Anton and Emilie Mautner von Markhof (née von Reininghaus). He spent his early childhood in the “Mautner Schlössl” in Floridsdorf and at the family estate “Zwei Eichen” in Gaaden close to Vienna. His parents and siblings called him by his nickname “Puzzi”.

Gustav I graduated from a secondary school in Vienna’s seventh district. Being a talented craftsman, he completed an internship in the locksmith’s shop of the family’s St. Georg`s Brewery during his school years. He completed his studies in mechanical engineering at the Technical University of Vienna, where he graduated in 1933 with a degree in engineering. After graduating, he immediately started working for the family business. In the same year, on August 8, 1933, he married Christine “Christl” Louise Seeliger (1910 – 1993) in Baden near Vienna, a descendant of the famous German astronomer Professor Hugo von Seeliger, the discoverer of the opposition effect (Seeliger Effect) and the name giver of the Seeliger crater on the moon. Together with their two sons Gustav II and Michael they lived on the premises of the Schwechater Brewery in the town of Schwechat in Lower Austria.

His business career began in 1934 as a partner in the Th. & G. Mautner Markhof GmbH (until 1956) and from 1935 onwards as a member of the so-called Viererzug (Group of Four) alongside his brother Georg III and his cousins Gerhard and Manfred I. On January 1, 1936, he was appointed to the Board of Directors of the Schwechater Brewery (Brauerei Schwechat AG), and immediately thereafter, on January 17, 1936, he joined the “Vereinigte Mautner Markhof’sche Presshefe” companies as a shareholder. In 1938 he was a member of the Board of Directors in the Schwechater brewery. During the Second World War, he was reported for duty for nine months and from 1941 – 1945 he was assigned to I.G. Farben-Industrie in Ludwigshafen on the Rhine. From 1966 to 1968, he was Chairman of the Board of the Stadlauer Malzfabrik AG. From 1968 until his death, he was Chairman of the Board of the Brauerei Schwechat AG.

Gustav I was furthermore responsible for the technical implementation of the Schwechater Brewery’s Brazilian project Cervejaria Vienense. This brewery was built in Brazil during the years from 1951 to 1953 under the supervision of his cousin Marius. He travelled to Brazil in 1953 to be present at the start of beer production of the lager beer “Vienense” on November 11, 1953.

Dipl.-Ing. Gustav Mautner Markhof was not only an Austrian industrialist and technician, but also a creative inventor. During his studies, he had already begun to devote himself to the multifaceted technical problems of the St. Georg`s Brewery.  He developed a new method and device for controlling the growth of aerobic microbial cultures, which was registered by the United States Patent Office on November 28, 1961 as patent US3010881A. His apparatus for controlling the growth of microbial cultures was patented in many countries and is still in use in yeast production facilities around the globe today.

His great interest and talent in technical and business management could not be hidden from the public. As a consequence he was appointed to many positions in various institutions:

Dipl.-Ing. Gustav Mautner Markhof held many lectures in his area of expertise and published many scientific papers. He was invited in 1951 by the American Industrialists Association and the Marshall Plan Organization to participate as one of 250 European industrialists in the prestigious European-American Industrial Congress. He spent four weeks visiting various breweries and companies, including the Crown Cork Seal Co. in Baltimore, the Anhäuser-Busch Brewery in Newark, New Jersey and the Rheingold Brewery called “Liebmann Brewery” in Brooklyn, New York. He published his observations in a widely acclaimed paper “Beer in America” in the international trade journal “Brau-Gärungs- und Kältetechnik” in 1952, in which he discussed the production of a long-lasting, very stable beer without pasteurization flavour, as well as the technical implementation of bottling in the USA. His wife Christl accompanied him on this trip to the United States.

He was a long-time member (from 1951) of the Austrian Alpine Club. He loved nature, the mountains and mountaineering and was a motorcycle enthusiast.

In September 1959, together with his eldest son Gustav II, he undertook a voyage on the elegant SS Orsova through the Panama Canal. On September 7, 1959, the trip ended in the port of San Pedro, California. As an engineer, Dipl.-Ing. Gustav Mautner Markhof was interested as well in the Canal as in the SS Orsova, the first passenger ship built with an all-welded hull and the first without a mast.

For his special services as chairman of the board of trustees for the preparation of the 150th anniversary of the Vienna Technical University, he was awarded the dignity of honorary citizen and senator by the university in 1967.

In the last years of his life, he had negotiated a merger agreement with the Brau AG Group in Linz and the Schwechater Brewery. If the deal gone through, it would have given the Schwechater Brewery a majority in the merged company. The deal, however, fell through because of the opposition of certain family members. Dipl.-Ing. Gustav Mautner Markhof died shortly afterwards. His son, Gustav II, completed the merger with the Brau AG in 1978 thus fulfilling his father’s vision.

On the occasion of the sixtieth birthday of Gustav I, the commemorative publication of the Österreichische Ingenieur-Zeitschrift (Austrian Engineering Journal, issue 11, 1969) wrote, “Dipl.-Ing. Gustav Mautner Markhof, Chairman of the Board of the Schwechater Brewery, is one of those increasingly rare individuals who neither want to be honoured at every opportunity, nor do they care to listen to laudations”. He died much too soon on October 7, 1970 at the age of 61. In 1968, he had greatly supported the Vienna Technical Museum on its 50th anniversary celebrations. Dipl.-Ing. Rolf Niederhuemers wrote an obituary in the 1972 Bulletin of the History of Technology, which reads, “Throughout his life, Dipl.-Ing. Gustav Mautner Markhof was particularly committed to technology and for that reason was an enthusiastic supporter of the Technical Museum. The calm and amiable manner with which he was always ready to support the interests of the Technical Museum shall be an example to us and will remain unforgotten.” Through his humanity and conciliation, he always understood the concerns of others. His final resting place is in the family crypt in Vienna Stammersdorf. 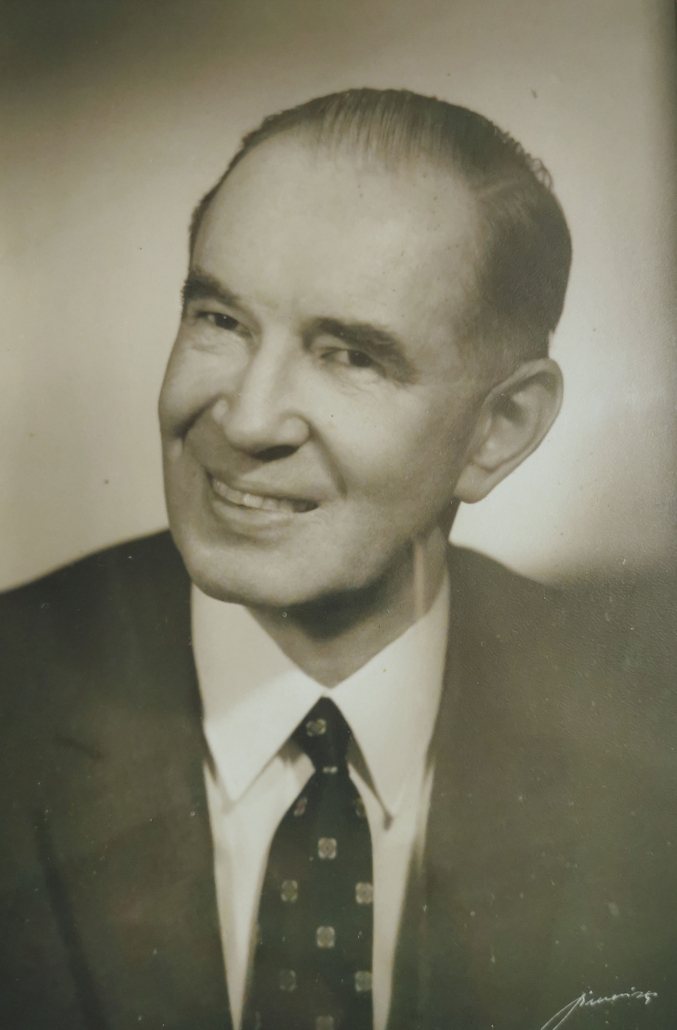 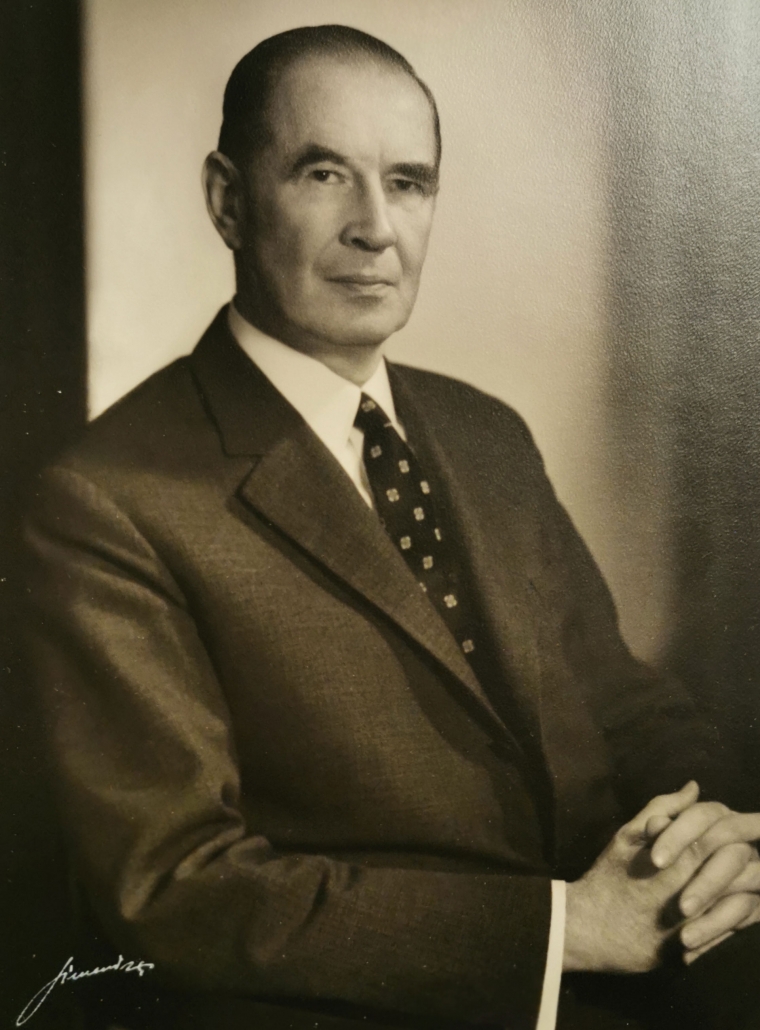 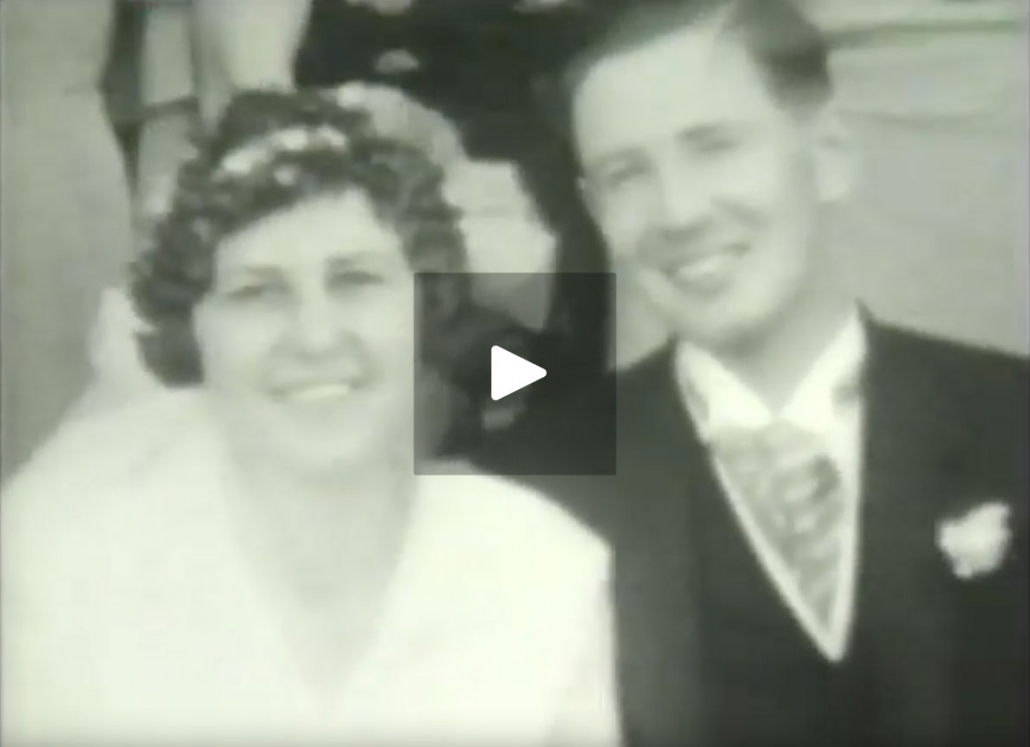 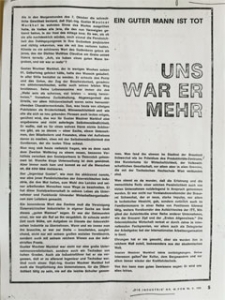