In 1921 already, he graduated from the oldest secondary school in Old Austria in Neustiftgasse in Vienna, enrolled at the University of Natural Resources and Life Sciences in the same year and in 1925 acquired the academic degree of agricultural engineer. At the same time he attended the course for Latin and philosophical propaedeutics at the University of Vienna in order to be able to start studying law in 1923. He earned this doctorate in 1927 and therefore had already acquired two academic degrees at the age of 23. While still a student, he completed internships on an agricultural manor in Bavaria, in a brewery in Vienna, an export company in Hamburg and a Viennese bank. When he joined the family company in 1929, he took over its representation in Poland and Yugoslavia and in 1930 organized the expansion of and a stake in the Spanish yeast factory Viladecans, which with the help of the family patents and engineers became one of the largest yeast factories in Europe.

When Georg II Anton died much too early in 1934, this meant that his eldest son had to join the company’s management when he was only 30 years old. On December 31 of the same year, Georg III was appointed a member of the Federal Economic Council as one of the few industrial representatives. During the time of the Corporate State (1934 – 1938) he held various chairmanships (professional associations of the brewing and alcohol industry, association of the food and luxury food industry, Viennese industrial association, Lower Austrian trade association), was vice-president of the Austrian industrial association and was elected as youngest member to the 50-member Council of State in 1936.

In 1935, by using the significant reserves accumulated over many years in the yeast and alcohol industry and by merging with the St. Georg Brewery, he succeeded in acquiring the majority of shares in the Schwechat Brewery for the family company. Single-handedly, with a sophisticated strategy and diplomacy, he conducted the tough negotiations without having the necessary capital at the beginning. The difficult takeover and expansion of the St. Georg Brewery in Addis Ababa followed in 1937.

As President of the Board of Directors, he took care of the direct management of the Schwechat Brewery, and soon after joining, he personally took over its management as President-General Director. This and his obviously anti-Nazism sentiments resulted in the Gestapo imprisoning him twice (first for one and then for nine weeks). When Gauleiter Bürckel then gave him the choice of “Dachau or withdraw”, he was forced to resign from all his offices and compulsorily sold his personally owned shares.

Only a few days after his release from prison he left Vienna and moved to Werder near Potsdam. Since he was convinced that the National Socialist regime was “unquestionably unmanageable organized”, he returned to Vienna after Baldur von Schirach’s appointment as Gauleiter and lived there without attracting attention until the end of the war. However, when the Russian occupying power reached Mödling on April 1, 1945, he left Vienna via Vorarlberg for Switzerland, from where he flew to Brazil in 1946. There he worked as a cattle breeder, operated rubber plantations and established a brewery in the state of São Paulo, which with 1.5 – 2 million hectoliters was considerably larger than any Austrian brewery. In 1959 it could be sold to Schwechat at a considerable profit.

When he returned to Vienna in 1948, he took over the management of the families yeast and spirit businesses in close consultation with his cousin Manfred I, while the latter took care of the brewing interests of the group as chairman of the board of Schwechat. Again, George III became Chairman of the associations of the alcohol and yeast industry and founded the “Groupement d´Études des Industries Européennes de Fermentation”, an association of the largest European yeast factories, whose presidency he held for ten years. As chairman of the supervisory board of the Schwechat brewery, however, he was no longer interested in the details of its management. When he retired from active business life, he was named honorary president of all associations.

In 1959, at the age of 55, he wanted to develop spiritually again and decided to study once more. He enrolled in mathematics at the Philosophical Faculty in Vienna, which did not catch his attention too much. So, after just one semester, he started majoring in philosophy. Eight years later, on April 28, 1969, at the age of 64, he awarded a PhD under the auspices of the then Federal President Franz Jonas, who, like him, was born in Floridsdorf. After receiving his doctorate, he decided to retire and to transfer all his agendas to his son Georg IV J. E.. For the sake of his third wife, he moved to Ticino. However, he could not continue his theological studies, which he had also started in 1969, as he had to spend 6 months a year in Switzerland, which was legally binding. 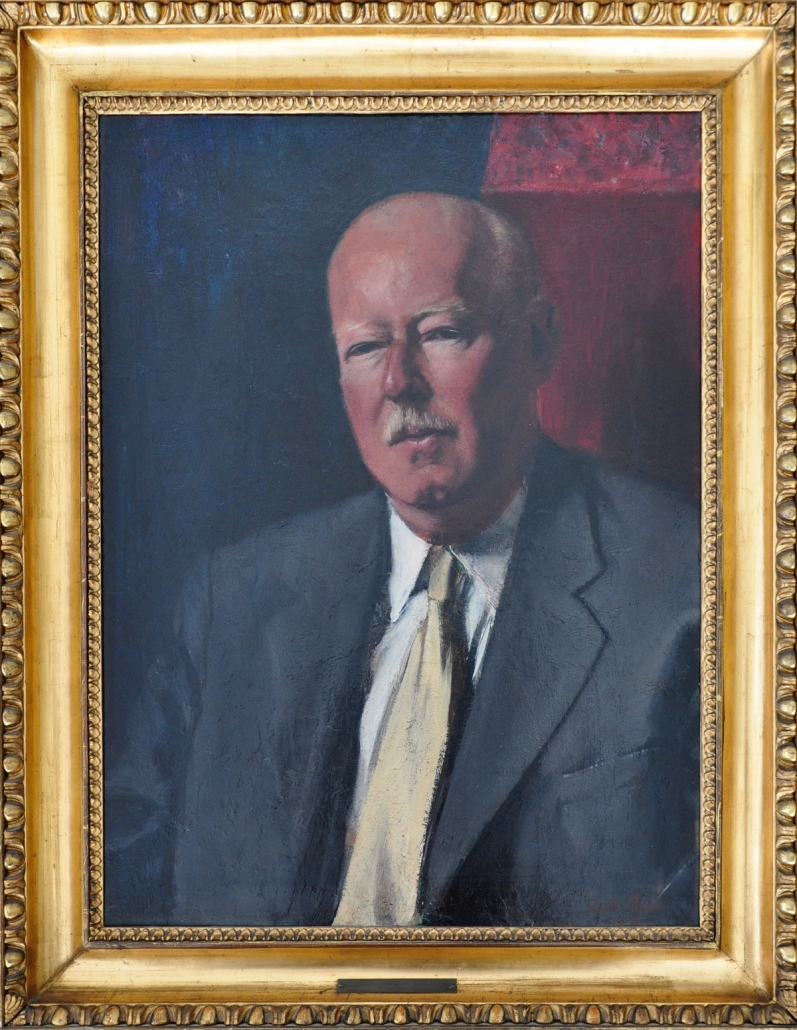