The Mautner Markhof companies, which can be traced back to Adolf Ignaz as the founder, remained in the hands of just one family for over 7 generations and more than 160 years and thus made Austrian industrial history. Inventions and developments that sound banal – on the one hand compressed yeast in 1846 and on the other hand mustard in 1921 and Hesperides` vinegar in 1927 – had given new impetus and enriched the entire food industry. Mautner Markhof was the leading food brand, vinegar and mustard in particular marked the success story, so that every table in Austria was set with the company’s own products. After 1945, the range was expanded to include horseradish and syrup. In 2001 the gourmet food section was hived off and then sold to the Bavarian company Develey, which has been successfully running it under the old brand name to the present day. The second large family assets, the Schwechater stake in the Brau Union, finally went to Heineken.

It started when Adolf Ignaz Mautner succeeded in renovating the severely run-down small brewery in St. Marx and acquiring it 18 years later as property. After he had taken in his eldest son Carl Ferdinand as a shareholder, he called the company Ad. Ig. Mautner & Son from then on. From 1848 the company’s main businesses were beer and compressed yeast. At the same time, the company started also dealing with the production of spirit and spirits – from 1861 in the branch which was established for that purpose in Simmering, a district of Vienna. In 1903 the production of vinegar was started, in 1913 delicatessen products were added to the range.

In 1864 Adolf Ignaz allowed his third eldest son Georg I Heinrich to set up his own yeast and alcohol factory in Vienna Floridsdorf – with the condition, however, that all of the yeast produced there was to be delivered to St. Marx. From 1872 he ran a malt factory together with his brother-in-law Freiherr von Waechter (also in Floridsdorf), which developed into one of the largest in the Austro-Hungarian Empire. It was sold to Carl Ferdinand in 1890. In 1892 Georg Heinrich founded his own brewery, which he named “Zum St. Georg“.

In 1913, after Carl Ferdinand’s son Victor had merged St. Marx with Dreher and Meichl to form the United Breweries Schwechat, St. Marx, Simmering – Dreher, Mautner, Meichl Aktiengesellschaft (= public limited company), he also sold the yeast and alcohol production in St. Marx, including the branch in Simmering. It was acquired by Georg Heinrich’s sons Theodor I and Georg II Anton, who managed to preserve Adolf Ignaz’s lifework for the Mautner Markhof family. The business then was divided into two companies: Vereinigte Mautner´sche Presßhefe Fabriken Ges.m.b.H. (for yeast and spirit, including the later taken over and closed production facilities in St. Marx and Floridsdorf) and Th & G Mautner Ritter von Markhof (for vinegar and spirits).

These two companies formed the core of Mautner Markhof’s industrial establishments. Gerhard, Manfred I, Georg III, and Gustav I (“Group of Four”) later became the sole owners and personally liable partners of Th & G Mautner Markhof and at the same time acted as shareholders of the yeast factory, in which more than two dozen family members were involved as limited partners. The rise of the Simmering companies was accompanied by countless start-ups, reorganizations, the establishment of branch offices and registered offices and the purchase of other companies. In 1970 the merger with Wolfrum took place.

The last major restructuring took place in the 1970s. Although both companies had a common origin, they were two legally and financially different and independent companies. Georg IV J. E. recognized in his double responsibility as managing partner of Th & G Mautner Markhof and managing director of the yeast and alcohol factory that a merger would not only be in the interests of the company, but also that of the family. First the family businesses had to be converted into corporations. That was decided on June 18, 1975 for Th & G Mautner Markhof, eleven years later the yeast and spirit factory followed. At the beginning of 1979 the two Simmering companies merged to form a management holding company, the “SNG Simmeringer Nahrungs- und Genußmittel Beteiligungsaktiengesellschaft”, later “Mautner Markhof Nahrungs- und Genußmittel Beteiligungsaktiengesellschaft”.

In 1984 the shareholders of the holding company decided to issue common shares with voting rights as well as non-voting preference shares that were listed on the Vienna Stock Exchange. About 80 % of the ordinary shares were in the hands of the descendants of Adolf Ignaz. In that way, the Mautner Markhof Group was able to maintain its family influence despite being converted into capital companies and regardless of the stock exchange listing.

The MAUTNER MARKHOF GROUP comprised Mautner Markhof Food and Beverage investment stock corporation as well as all companies in which that holding was directly or indirectly involved:

In order to be able to guarantee the consistently high quality of the products manufactured in the Mautner Markhof Group, extensive investigations of raw materials, intermediate products and finished goods were carried out in two state-of-the-art laboratories using the latest methods. The constant monitoring of hygiene during the entire production process represented an essential part. Constant tastings checked the quality of the food and luxury goods produced for smell and taste, and all products were officially inspected by an authorized testing institute at precisely defined intervals.

When Austria joined the EU in 1995, the market situation changed significantly. The license agreements with well-known spirits brands such as Campari and Bols had gradually expired and Lesaffre, the world’s largest yeast producer, was suddenly authorized to deliver directly to Austria. The 6 % fixed payment of interest, which had been guaranteed after “Mautner Markhof Nahrungs- und Genußmittel Beteiligungsaktiengesellschaft ” had been floated on the Vienna Stock Exchange, was already hard to earn. Years of structural adjustment began in the fields of administration and sales and so Georg IV J. E. started sales talks for the holding company in 2000. 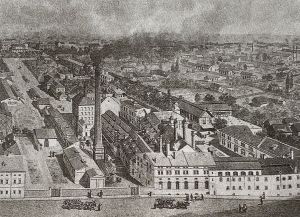 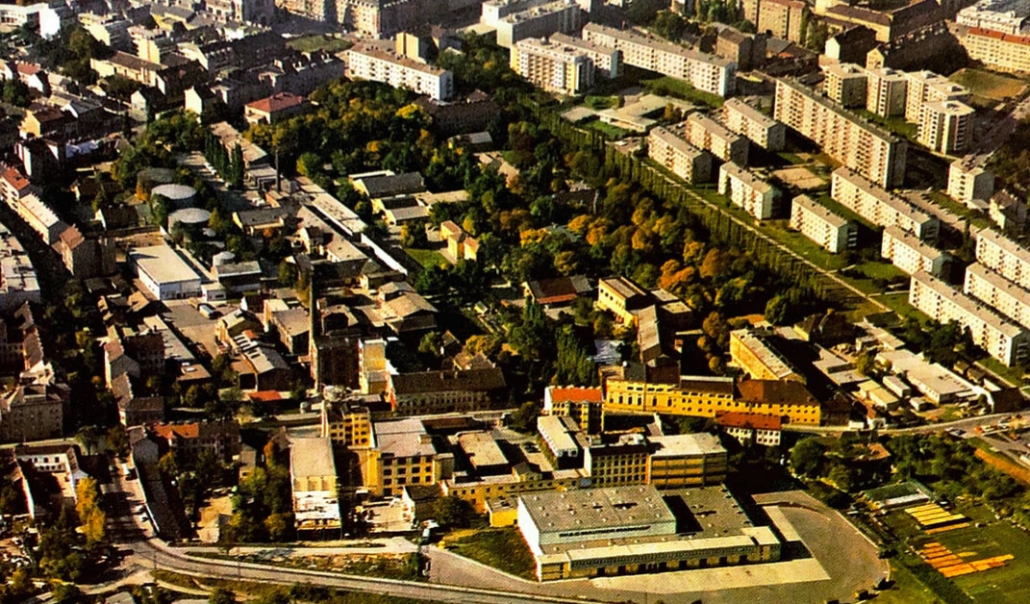 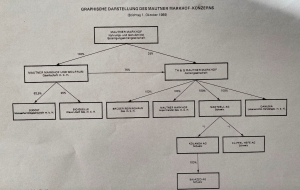