Eleonora “Lori” married Otto Freiherr von Waechter (1832 – 1895) on 2 June 1860, at the age of only 18, whom she had met at one of the Viennese court balls. He came from Stuttgart, had come to the court as a liaison officer, and in just a few years, thanks to his technical financial knowledge of the state administration of higher civil servants in the Austro-Hungarian Empire, he was able to become a member of the imperial royal Ministry of Finance. Through his efficiency and diplomatic skills, he succeeded in creating prestige and assets.

In 1872, together with his brother-in-law Georg Heinrich, he expanded his company for the production of pressed yeast and spirits to include a malt factory, which operated under the name “Waechter & Mautner”.

Eleonora was an extraordinarily strong personality and died only at the age of 97, in full mental freshness. Although she had been tied to an armchair for more than 15 years due to a hip disease that could not be treated at the time, she held an “open house” every Sunday afternoon and received the rapidly increasing number of relatives in her palace at Währinger Strasse 17 until the end. They were bid farewell by her legendary partner “Sabel”, always ceremonially with the words “We thank you for your visit”.

Eleonora gave Otto three children. The famous chamber singer and opera director Eberhard Wächter (1929 – 1992) came from this dynasty and the daughter of Georg I. and Otto’s son were the great-grandparents of the Viennese actor, director and artistic director Alexander Wächter.

By and for the descendants of Eleonora & Otto von Waechter 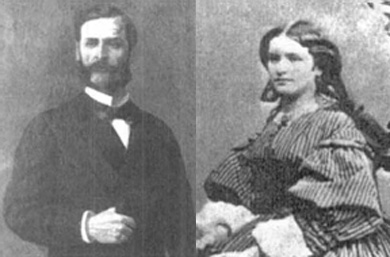